Gary W. Olson grew up in Michigan and, despite the weather, stuck around.  In 1991 he graduated from Central Michigan University and went to work as a software engineer.  He loves to read and write stories that transgress the boundaries of science fiction, fantasy, and horror, while examining ideas of identity and its loss in the many forms it can have.
Away from working and writing, Gary enjoys spending time with his wife, their cats, and their mostly reputable family and friends.  His website is at http://www.garywolson.com, and features his blog, A Taste of Strange (http://www.garywolson.com/blog), as well as links to everyplace else he is on the Internet, such as Twitter (http://twitter.com/gwox) and Facebook (http://www.facebook.com/gary.w.olson.author).
Posted by Su Halfwerk at Thursday, December 08, 2011 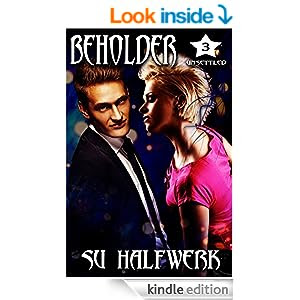 His to Possess - Paranormal Romance Category